1Pe 3:4 rather let it be the hidden person of the heart, with the incorruptible attitude of a gentle and quiet spirit, which is very precious before God.

Col 3:10 and have put on the new man who is renewed in full knowledge according to the image of Him who created it,

Eph 4:24 and that you put on the new man which was created in the likeness of God, in true righteousness and holiness.

The NT essentially caters to the new humanity, the new man, the hidden human of the heart, which is Christ Jesus, in the Christian.

It is He who was raised up as the prototype of a new humanity who will live forever.

My eyes are opened to see that the NT is fundamentally a declaration of  facts pertaining the new man.

Everything in the NT can be immediately applied to Him.

As long as you are dealing with the old humanity, which is already dead with Christ, the NT is your guide to overcoming.

But when every vestige the old humanity is gone, the NT becomes what it should rightfully be, a description of the realities that benefits the New Man, Christ Jesus in you.

The NT is nothing else than the cutting edge truths that shape the new human being.

Faith is no longer a mustering of belief.

Faith becomes the immediate things that the new man can obtain because they are already here, though in the unseen realm.

How do you get there? I can’t tell you. Every man and woman have their own paths in Jesus to get there, but push on dear one! 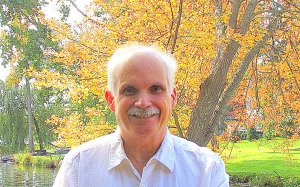