This is my wife Mary’s first video on her video channel, “Mary Out Of The Box” on You Tube.

She is so great! I love her!

Eph 1:17 that the God of our Lord Jesus Christ, the Father of glory, may give to you the spirit of wisdom and revelation in the knowledge of Him,

Eph 1:18 the eyes of your understanding being enlightened, that you may know what is the hope of His calling, and what is the riches of the glory of His inheritance in the saints,

Eph 1:19 and what is the surpassing greatness of His power toward us, the ones believing according to the working of His mighty strength

Eph 1:20 which He worked in Christ in raising Him from the dead, and He seated Him at His right hand in the heavenlies,

Notice how Paul begins in verse 17!

He asks the Father to give him a spirit of revelation in the knowledge of His Son.

What is the result of this spirit of revelation?

That the eyes of my understanding being enlightened I will see what God has placed INSIDE OF Christ.

So what does Jesus have inside of Him?

Here are a few things that Paul lists.

God has not given you a bunch of things!

1Co 1:30 But of Him you are in Christ Jesus, who of God is made to us wisdom and righteousness and sanctification and redemption

Col 3:11 where there is neither Greek nor Jew, circumcision and uncircumcision, foreigner, Scythian, slave or freeman, but Christ is all things in all.

He has given you His Son who has been made into all things and is all things!

What makes Jesus different to all other religions is that it’s not about getting lots of things from God.

Once that you receive Jesus you get it all.

He is God’s whole package deal in one man.

Jesus is revealed by the work of His cross.

When the cross is applied to our life it kills a part of our old self and automatically reveals Jesus.

Every act of our obedience to God applies the cross.

Less of us and more of Jesus.

This is the good news that God has given the world!

Who does not like good news and what better news can there be than this?

What happens when the cross is not talked about or taught?

Well, we no longer have the instrument that will reveal Christ and all things which He has been made into for you.

Isn’t this troubling that we don’t teach the cross anymore?

We’ve tricked ourselves into not having Jesus and all the things we need, revealed.

We’ve stopped our boat too short to simply talk about Jesus accepting us but not revealed in us.

The bottom line is that when you receive Jesus into your heart you receive the whole package deal at one time.

Just ask Him to come inside your life!

This is my Face Book status for today.

“In reality God is not so much into blessing us. He blesses what is done in His Son. God knows that without Jesus we are sinners. There is no freedom or wholeness in us. All these things are In Jesus. The honor is not upon us, it’s upon Jesus. Our freedom and healing are not separate blessings that God gives to us. The healing is in Jesus. The deliverance is in Jesus. When I ask God to heal or deliver me, He will reveal more of Jesus to me.”

Invite Jose and Mary to your meeting! 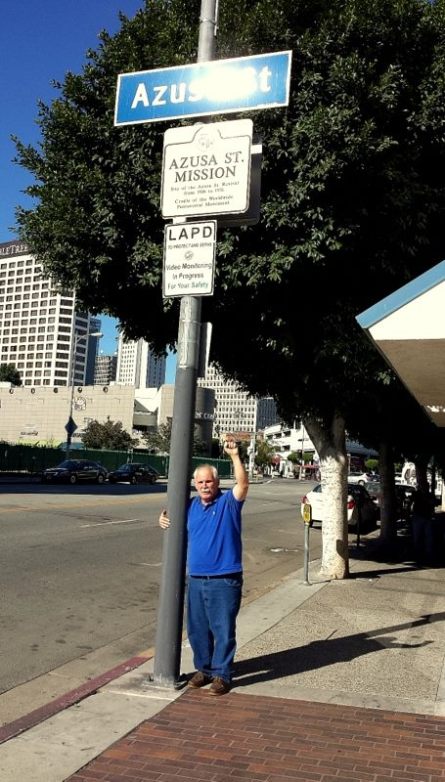 This is the first of many videos by my wife, Mary

Heb 10:1  For the law, having a shadow of the good to come ( continually coming upon us), not the very image of the things  (pragmas), can never with the same sacrifices year by year, which they offer continually, make perfect those who draw near.

Heb 11:1 Now faith is assurance of things hoped for, proof of things (pragmas) not seen.

The objects which make up God’s invisible heavenly places in His kingdom are called pragmas.

Earthly objects are under the curse of sin, and have thus become temporal.

They are the objects which make up the eternal ages.

They are the flawless and pristine originals, the prototypical and archetypical models, the paradigmatic blueprints and schematics, and the immaculate criterion for every universal thing created by God in its perfect and untarnished form.

Pragmas are the perfections of God’s eternal creation before the curse of sin marred them.

They are accessed by faith and the revelation of the Holy Spirit.

They dwell in the light of the glory of God.

They are not subject to a malfunction or to a breakage.

Pragmas are not limited to the dimensions of height, width, and length, and are limitless in quantities which limit objects in their sinful state.

Pragmas operate in the same way that God Himself operates.

They function in the realm of glory, are accessed by faith and can increase and diminish by faith.

God creates and governs by His pragmas.

It is a wonder then that God is giving man access to these pragmas once again.

No other religious leader has claimed this.

Look at the following scriptures.

Col 1:15  Who is the image of the invisible God, the firstborn of every creature:

16  For by him were all things created, that are in heaven, and that are in earth, visible and invisible, whether they be thrones, or dominions, or principalities, or powers: all things were created by him, and for him:

17  And he is before all things, and by him all things consist.

18  And he is the head of the body, the church: who is the beginning, the firstborn from the dead; that in all things he might have the preeminence.

19  For it pleased the Father that in him should all fulness dwell;

20  And, having made peace through the blood of his cross, by him to reconcile all things unto himself; by him, I say, whether they be things in earth, or things in heaven.

Ex 25:9  According to all that I shew thee, after the pattern (of the pragmas) of the tabernacle, and the pattern of all the instruments thereof, even so shall ye make it.

Ex 25:40  And look that thou make them after their pattern (of the pragmas), which was shewed thee in the mount.

Nu 8:4  And this work of the candlestick was of beaten gold, unto the shaft thereof, unto the flowers thereof, was beaten work: according unto the pattern(of the pragmas)  which the LORD had shewed Moses, so he made the candlestick.

Heb 8:5  Who serve unto the example and shadow of heavenly things, as Moses was admonished of God when he was about to make the tabernacle: for, See, saith he, that thou make all things according to the pattern (of the pragmas)  shewed to thee in the mount.

The focus of Moses’ ministry was to reveal the shadow which the pragmas of heaven cast upon the earth.

His was to build the copies of heavenly pragmas on the earth.

He, more than any mortal human being was called to reduplicate the originals of the pragmas upon the earth.

The building of the tabernacle was a copy of its pragma of the one which exists in the heavens.

It was impossible for Moses to build the very image of them.

Yet, this is one the things which makes Moses so very great!

Moses model of building according to the pragmas represents the perfect way to create a business or ministry.

Heb 11:1   Now faith is assurance of things hoped for, proof of things (pragmas) not seen.

Faith, then is not belief.

Faith is the substance, the essence of these invisible objects.

Faith as substance is what secures these pragmas in our hearts and minds so that then by believing we manifest or give evidence of them.

Our faith secures the substance and the evidence of these pragmas on the earth.

Because faith is a law, God has promised us that by faith we can obtain these pragmas.

By the process of faith the substance of the pragma is reckoned, and its reality begins to manifest as tangible evidence.

This is the genuine work of faith.

Because faith is a law, it always functions. 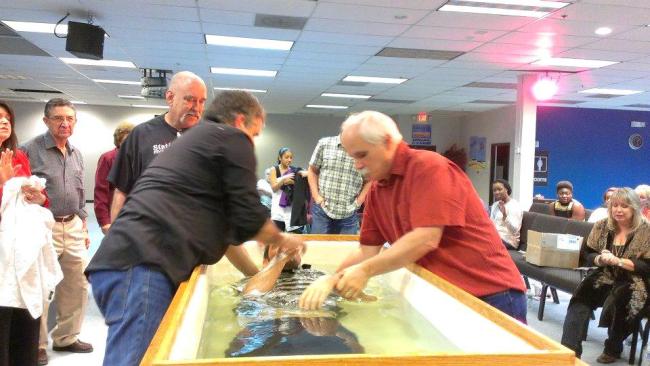 The great work of reconciliation. Pastor Ralph Gomez and myself baptizing. 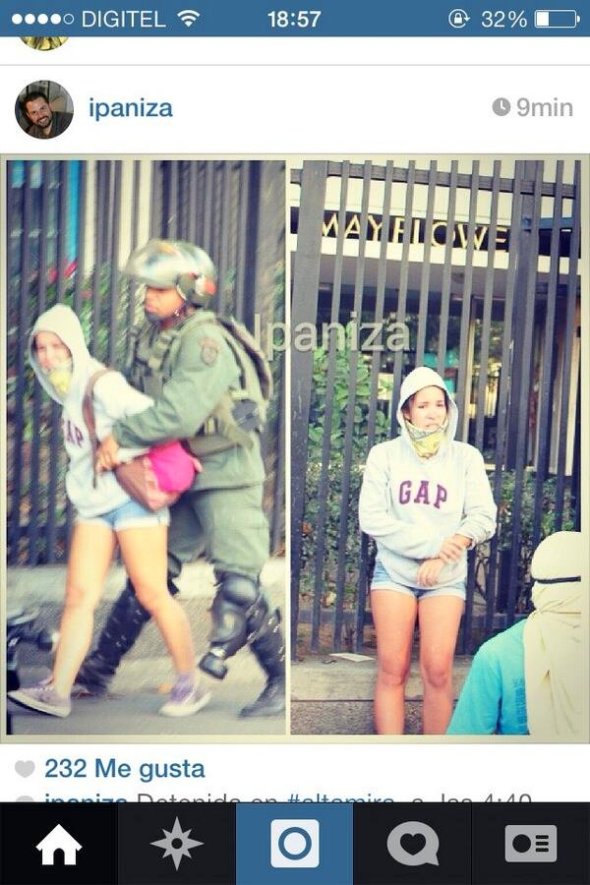 Thankfully this 20 year old girl was reunited with her dad. 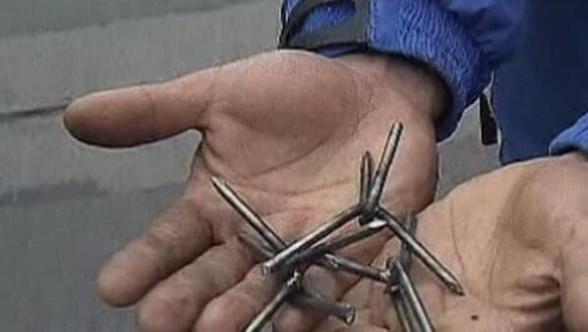 The “crown of thorns” A mode of torture in Venezuela 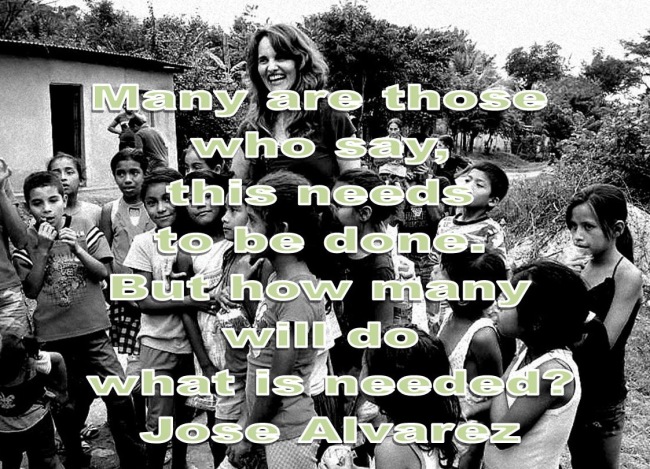 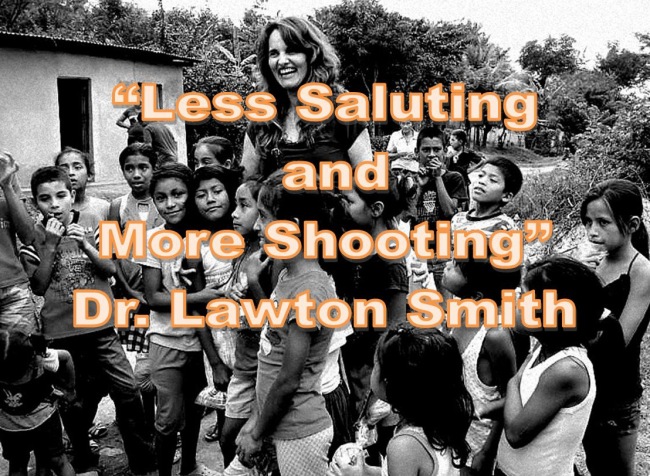 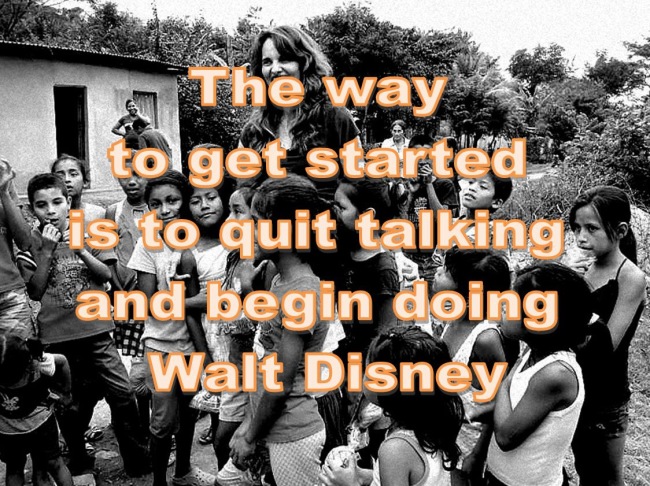 He told me to step up my giving to the point that it’s stretching me repeatedly.

A one month credit of 70.00 on my car insurance and a credit at the vets which allowed our dogs to get their shots and nails clipped with four bucks to spare ensued.

It seems that God is saying; “give your way into your destiny.”

Really not even a cent of our money is ours, it’s all Gods.

The Greek word bountifully is the compound, “upon”  “a blessing”

“Upon” is a preposition which shows strength or emphasis.

In other words, he who sows with the mind-set of really blessing someone, God will really bless him back.

Its giving sacrificially to impact a life in some way.

This is not always money, you know!

The benefits of Jose and Mary @ your ministry?

These folks gave up their Saturday to share the love of Jesus with those at the Wynwood Art Walk, in Miami. It was a huge blast! I can’t wait until next month for the next one.